This story is the third installment of the Magnus Blackwell series. The first two, Damned and Bound, are just as equally interesting and entertaining! I had to pause throughout reading because I was getting spooked! haha I don’t read a LOT of books like this because well, I’m just a scaredy cat to be honest! But the story is so good that you just sort of get over that fear because you just HAVE to keep reading!

This is the first book I’ve read by Alexandrea Weis (with and without Lucas Astor) so now that I’ve discovered her, I’ll be checking out some of her other books. As well as his! 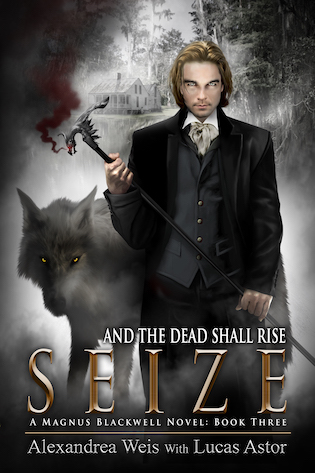 Lexie Arden has a loving husband, a thriving business, and consults with the New Orleans Police Dept on murder cases. Kalfu has given her everything she desires, but challengers to her authority are closing in.

Her dark secret remains hidden from everyone except Magnus. He sees the evil growing stronger, changing her, and hurting her marriage. If Lexie doesn’t rid herself of Kalfu’s influence soon, the consequences will be irreversible.

When she unexpectedly inherits a cottage in the swamp, she uncovers a library of rare books on voodoo. Their spells can reverse the dark lord’s hold and set right the balance between darkness and light. But such magic requires a great sacrifice; one Lexie isn’t willing to make.

With the shadow spirits and raging voodoo gods vying for her attention, Lexie is on the verge of losing everything—her husband, her power, Magnus, and possibly, her life.

The battle for control of the mambo’s soul is about to begin. 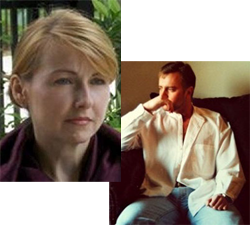 Alexandrea Weis RN-CS, PhD, is a multi-award-winning author of over twenty-seven novels, a screenwriter, ICU Nurse, and historian who was born and raised in the French Quarter of New Orleans. Having grown up in the motion picture industry as the daughter of a director, she learned to tell stories from a different perspective and began writing at the age of eight. Infusing the rich tapestry of her hometown into her novels, she believes that creating vivid characters makes a story moving and memorable. A member of the Horror Writers Association and International Thriller Writers Association, Weis writes mystery, suspense, thrillers, horror, crime fiction, and romance. She lives with her husband and pets in New Orleans where she is a permitted/certified wildlife rehabber with the Louisiana Wildlife and Fisheries and rescues orphaned and injured animals.

Lucas Astor is from New York, has resided in Central America and the Middle East, and traveled through Europe. He lives a very private, virtually reclusive lifestyle, preferring to spend time with a close-knit group of friends than be in the spotlight.

He is an author and poet with a penchant for telling stories that delve into the dark side of the human psyche. He likes to explore the evil that exists, not just in the world, but right next door behind a smiling face.

Photography, making wine, and helping endangered species are just some of his interests. Lucas is an expert archer and enjoys jazz, blues, and classical music.

One of his favorite quotes is: “It’s better to be silent than be a fool.” ~Harper Lee (To Kill a Mockingbird)