Stan published his first book at age 5, when he managed to win a local writing contest for the library.

He’s matured (slightly) since then, and has switched from writing about a boy and his dog, to clean contemporary romance, murder mysteries, and light fantasy/sci-fi.

Along with his wife,  9 (and counting) children, and a ninja cat, he inhabits a place with a pair of national parks in his backyard.

He considers himself really rather blessed. 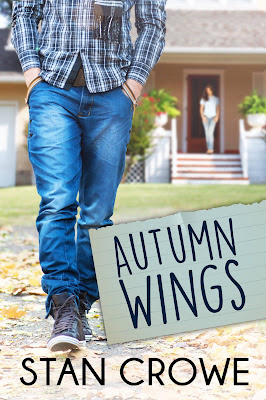 Jim Sharp is the only widower in the senior class of Mendon State University. Still reeling from the tragedy that claimed the love of his life, he struggles to pick up the pieces and close his heart forever to love.

When an otherworldly encounter places him squarely in the path of new love, Alex sees no way to give his crushed heart away a second time.

His wife, however, has other plans.

I collected my books mechanically, checking off the titles on my list. I rounded a corner for my final item and nearly tripped over myself when I noticed I wasn’t alone in the aisle. A pixie cut blonde in a light blue polo

shirt and dress slacks was slipping books back on to the shelf. At first, I guessed it was another bookstore employee, but then she turned just enough that I caught a glimpse of her shirt. A silver pirate brandishing a sword was embroidered over her right breast, encircled by the words “Smithville” and “High School,” and underscored by the graduating class right after mine. I hadn’t seen another student from my old stomping grounds in almost two years. Most of my peers had either stayed home to farm, joined the Army, or gone to the local community college.

I hesitated. My eyes wouldn’t let go of her. That was a serious problem.

Jim—go get her, said a painfully familiar female voice in my head.